This block is broken or missing. You may be missing content or you might need to enable the original module.
Electronic music in France: the figures 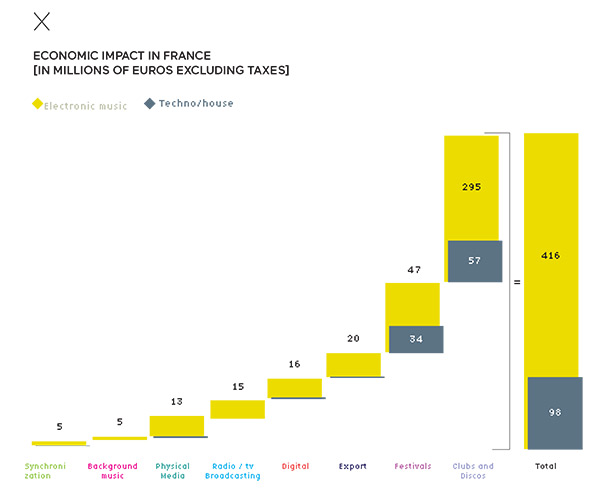 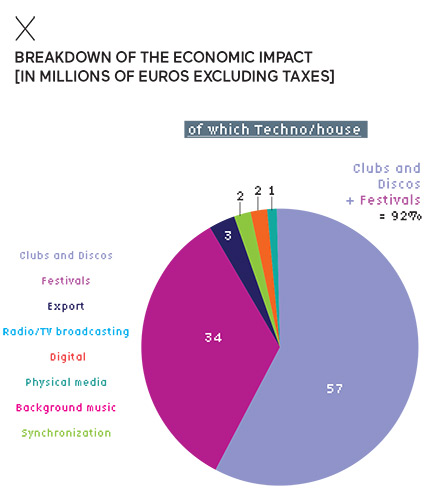 The market for electronic music represents a total of 416 million euros excluding taxes, or 17% of the market for modern music. 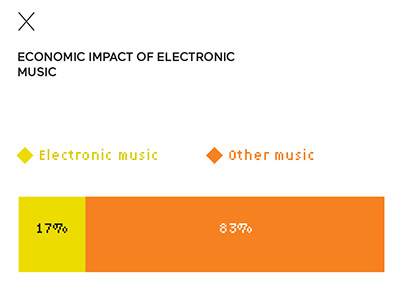 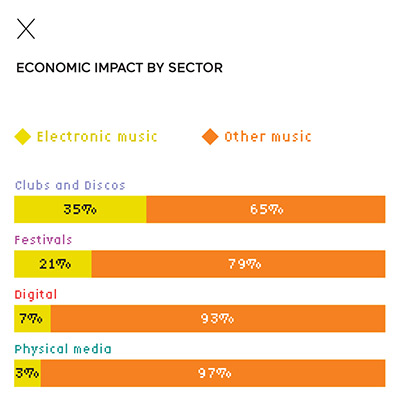 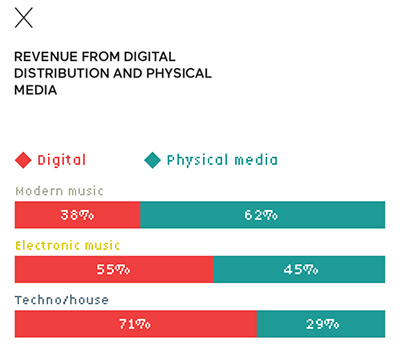 REVENUE FROM SALES OF PHYSICAL MEDIA 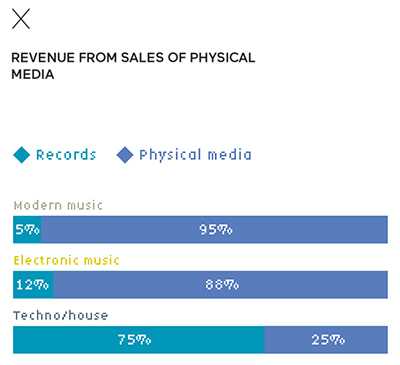 - What is electronic music?
- The ecosystem
- Festivals
- Clubs